Congressman Pete Stauber (Minnesota 8th District) visited FLOE International in McGregor, Minnesota this past week. The newly elected congressman campaigned on and believes strongly in small businesses.Congressman Stauber noted that he is serving on the Small Business/Contracting and Infrastructure Committee and is committed to supporting the efforts of the small businesses throughout the region. “Small businesses matter,” he pointed out.

FLOE International is one of the growing manufacturing companies in McGregor and Congressman Stauber wanted to see for himself what was taking place at this unique company. The tour included a trip around the manufacturing plant and a closer look at the vision Wayne Floe has for his company and those that work there.

“We’ve built a great team here at FLOE and everyone is on board in doing things in a better way,” Wayne shared with the Congressman. “We are always striving to make a better product that will make somebody’s life easier.”

The key words at FLOE are passion for innovation and that begins with Wayne himself who began the company in 1983 building aluminum docks and later, boat lifts and snowmobile trailers. The company has grown to also include Thermoforming Plastics, the CargoMax trailers, Versa Max Trailers, and innovative Varatti boats and Afina yachts.

Putting a vision into reality is something the folks at FLOE take pride in. “Our goal is to produce a better product that the consumer can’t currently get,” Wayne added. “It is our true passion to make things better and that drives everything we do.

Frankly, that’s a lot of fun for me.” Wayne shared some of the processes that take place at the manufacturing facility and described the team efficiency strategies currently in place. The company recently adopted the EOS (Entrepreneurial Operating System) at FLOE. “There are thousands of Minnesota companies that have adopted the EOS concept,” said Wayne. “It’s a book called Traction that gets everybody driving and rolling in the right direction resulting in the entire organization advancing together as a healthy, functional and cohesive team.”

At the conclusion of the tour, Congressman Stauber marveled at the leadership within the FLOE team. “Wayne and his leadership team put out a great product and take care of their people,” he said. “They are building world class trailers and boats and it all started here in McGregor, Minnesota.”

“When I look at FLOE, these are people and a manufacturing facility in Northern Minnesota that matters,” Stauber concluded. “These are some great people and this is a fantastic facility that I just toured.” 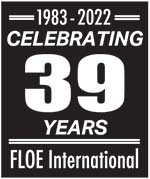